How Much Does It Cost to Get Airlifted to Hospital? 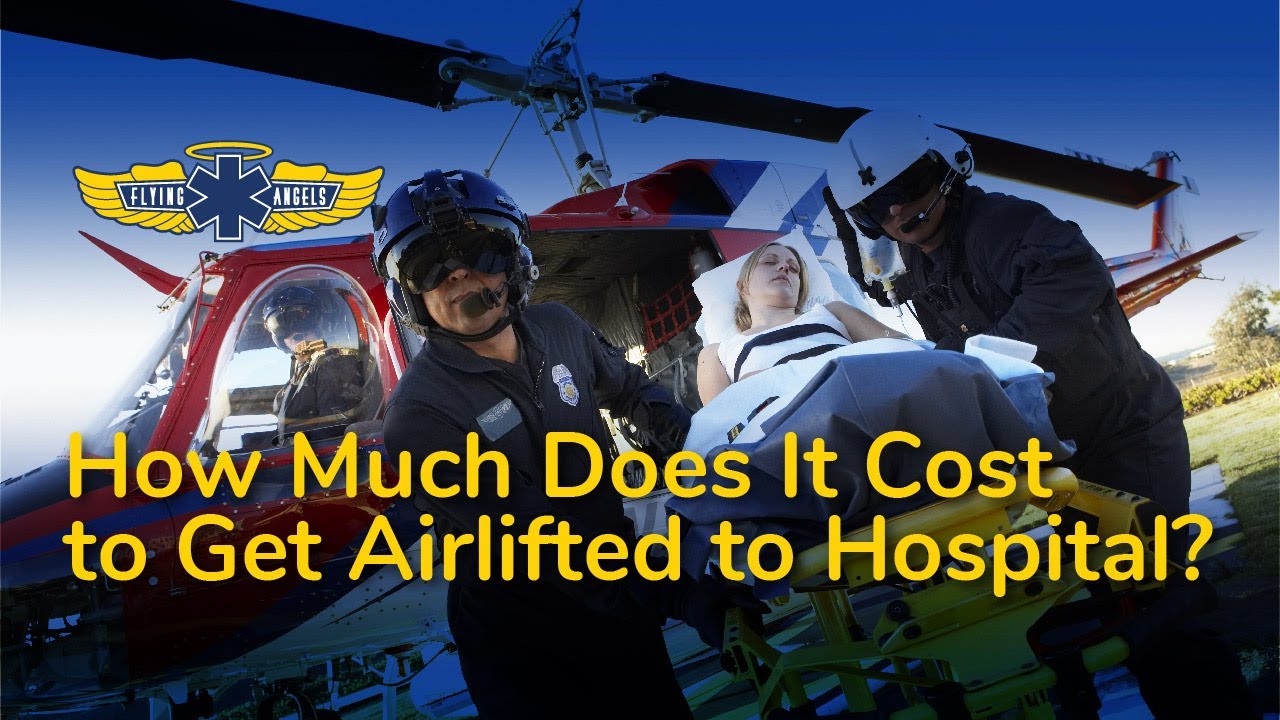 For those who choose to hire a helicopter for medical transport or to get airlifted to a hospital, the costs can come as an unwelcome surprise. The national average for an emergency helicopter ride is about $40,000 and rose 60 percent between 2012 and 2016.

Those numbers, from a 2019 study published in Health Affairs, show the enormous medical flight cost for those who use an emergency helicopter. It’s an amount equal to about half the average annual household income in the United States.

The cost of using a helicopter is far higher than other methods of long distance medical transport. In some cases, shockingly higher.

The High Cost of Helicopter Airlifts

The costs of getting airlifted to a hospital can vary depending on circumstances that include the length of the flight and terrain the helicopter must reach. Overall, the median cost-per-mile has reached $268, according to the study.

Gerard Anderson, a professor of health policy and management at Johns Hopkins University and a co-author on the study, told the Washington Post that there are no controls on the system and little competition in most areas, leading most to believe costs will continue to escalate.

“If you’re somebody who gets injured, and an air ambulance comes, you’re going to pay huge amounts because most likely you’re out of network and you’re going to get a bill for $30,000 or $40,000,’’ Anderson said.

Many people living in rural areas have few choices, because with the closure of so many hospitals, a helicopter is their only way to reach a hospital within an hour.

According to information from the U.S. General Accounting Office (GAO), about two-thirds of all medical flights for people with private insurance are out-of-network. That results in insurance paying either a small portion or none of the bill.

This is what leads to “surprise billing” on patients. The GAO reported that almost all the consumer complaints they received involved billing of more than $10,000. In most cases, patients do not have any choice on who provides the airlift to the hospital and cannot control whether it is in or out of network, according to the GAO.

This can prove financially devastating to families. In some cases, emergency helicopter flights cost as much as $54,000. In one case, a judge from North Dakota was left with a bill of $41,000 after breaking three ribs when she was thrown from a horse in 2017.

None of this should be confused with non-emergency medical transport (NEMT) offered by Flying Angels. NEMT involves having experienced flight nurses travel with patients to their destination using commercial airlines. Flight arrangements are also made by the NEMT provider, further relieving stress for older travelers and those with medical conditions.

The most expensive NEMT flight – a trip to Asia – reaches around $25,000, according to estimates put together by Flying Angels based on costs leaving from Philadelphia International Airport. Other examples include $5,000 to $7,000 to Florida and $7,000 to $9,000 to California. While the costs of emergency transport, including getting airlifted to the hospital, continue to rise, NEMT services remain relatively inexpensive.