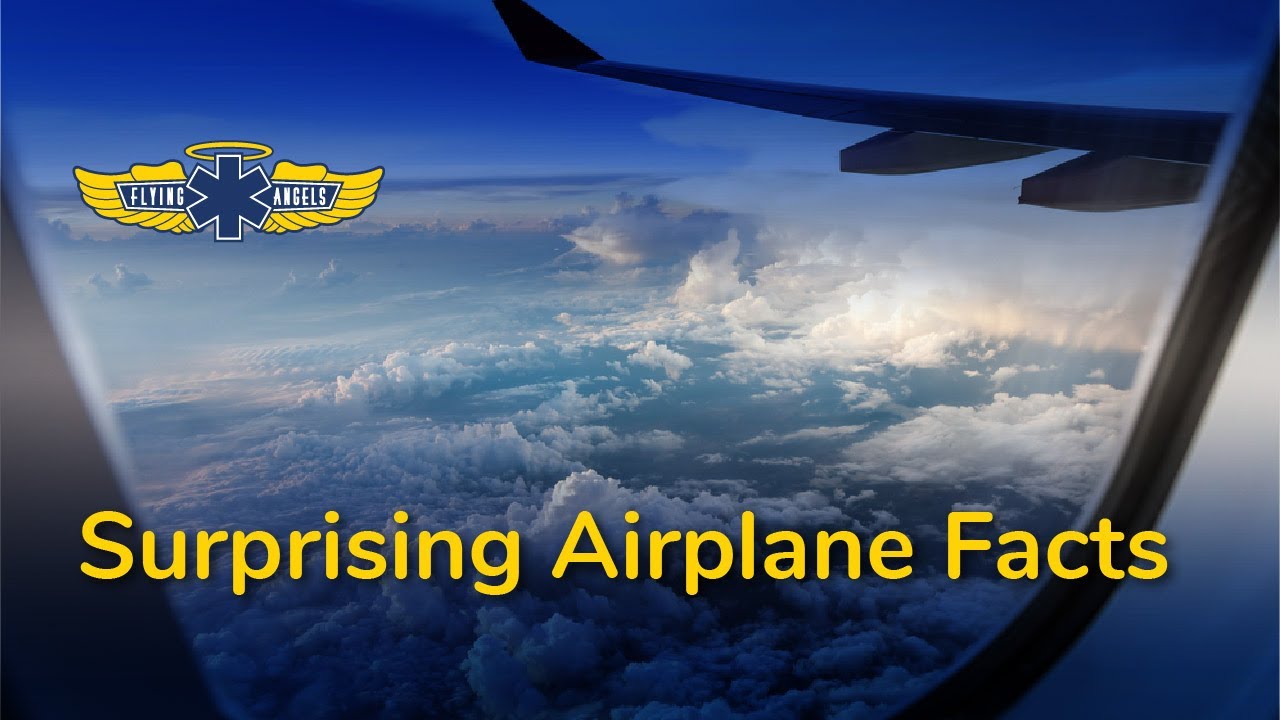 About four billion passengers buy tickets to fly every year. That’s an astounding number of people, and it shows how popular air travel has become. However, most of those who take flights are unaware of air travel facts that might answer questions such as: Why does my food taste funny? And why is there an ashtray in the bathroom?

To give people some answers – and supply them with fun facts to reveal the next time conversation starts to lag during a social occasion – we offer the following air travel facts. They include surprising information about the history of flight, the design of the plane, and where crew members disappear in mid-flight.

1. Why Food Tastes Strange on a Plane

Many people complain about the taste of airplane food. However, they fail to give enough consideration to the fact they are traveling at 500 miles per hour in a pressurized cabin at around 30,000 feet. The dry air at that altitude, combined with the low pressure that causes a reduction in the sense of smell, impacts the function of taste buds. Studies have shown that your ability to taste drops as much as 30% on a plane. Airlines typically compensate by putting more salt and sugar in food, which makes things taste just a bit off. Also, the loud noises on a plane can impact taste buds, inhibiting the ability to taste sweet food.

2. The Captain Is In Charge

Once you leave the ground, the airplane captain assumes a great deal of authority. For example, they can order the crew to restrain a passenger or do so themselves. The captain typically keeps handcuffs for this very purpose. It’s a last-option choice if they feel a passenger is putting the crew or fellow passengers into danger. While they can’t make an official arrest, they can call ahead to have local law enforcement ready to meet them when they land.

3. Some Planes Have Secret Bedrooms

While passengers stretch out in their seats on long flights, some planes (such as the Boeing 777 and 787) have a secret stairway that leads to a small number of windowless bedrooms. This allows crew members to get some sleep and re-energize, or take a power nap, without getting disturbed. In some cases, some rooms are set aside for the exclusive use of pilots. While designs differ, most planes have the crew sleeping quarters directly behind the cockpit, above the first-class seats.

4. The Safest Spot on a Plane

It’s important to understand that air travel is the safest form of travel. According to statistics, you are about 19 times safer flying in an airplane than you are traveling in a car, something most people do every day. However, if you are curious about the absolute safest place to sit, studies from Time and Popular Mechanics found that those at the back of a plane had a higher percentage chance of surviving a crash. But here’s the real takeaway: there are so few crashes that it makes it difficult to build a reliable data set on the safest seats.

As anyone who read about the 2009 Miracle on the Hudson knows, Capt. Chesley “Sully” Sullenberger safely landed a plane on the Hudson River after Canadian Geese took out both engines on the plane. That’s an example of the training pilots go through to handle bird strikes, which sometimes (but rarely) can damage a plane’s engine. Pilots are taught to fly with one engine until they can safely land. Capt. Sullenberger faced an even more dangerous situation but still handled it like a true professional.

6. Why You Still See Ashtrays in the Bathroom

Smoking hasn’t been allowed on airplanes since 1990. But still, if you visit the bathroom, you will find an ashtray. Why? Federal regulations still require them. The thinking goes like this: while smoking is banned on an aircraft, some people may still try to sneak a few puffs in the bathroom. In those cases, it’s better to give them a place to put out their cigarette than gamble with the risk they might set the plane on fire trying to put it out on the floor, wall or in the trash can.

7. Round Windows Keep You Safe

Engineers design round windows on planes for a very good reason. In the 1950s, early commercial planes exploded in air because of square windows. With squares, the four corners were weak spots that became strained with repeated pressurization, and in some cases, they cracked, leading to the fuselage breaking. Round windows have eliminated that problem.

8. Who Developed the First Jet Planes?

While the Wright Brothers got the first plane in the air at Kitty Hawk, North Carolina, in 1903, that flight lasted 12 seconds and traveled 120 feet, shorter than the length of a Boeing 747. The  development of passenger jets and the revolution that brought to travel came from Europe. The Germans debuted a jet-powered plane in 1939 and flew jets during World War II. After the war, Sir Geoffrey de Havilland developed the first commercial jet using engines he designed called the Ghost and the Comet. The British Overseas Aircraft Corporation started the first jetliner commercial air service on May 2, 1952, when the 44-seat de Havilland Comet 1A began making flights between London and Johannesburg, South Africa. These are eight air travel facts that many people may not know. Keep them around for social occasions or for the next time you want to surprise people with some interesting flight facts.